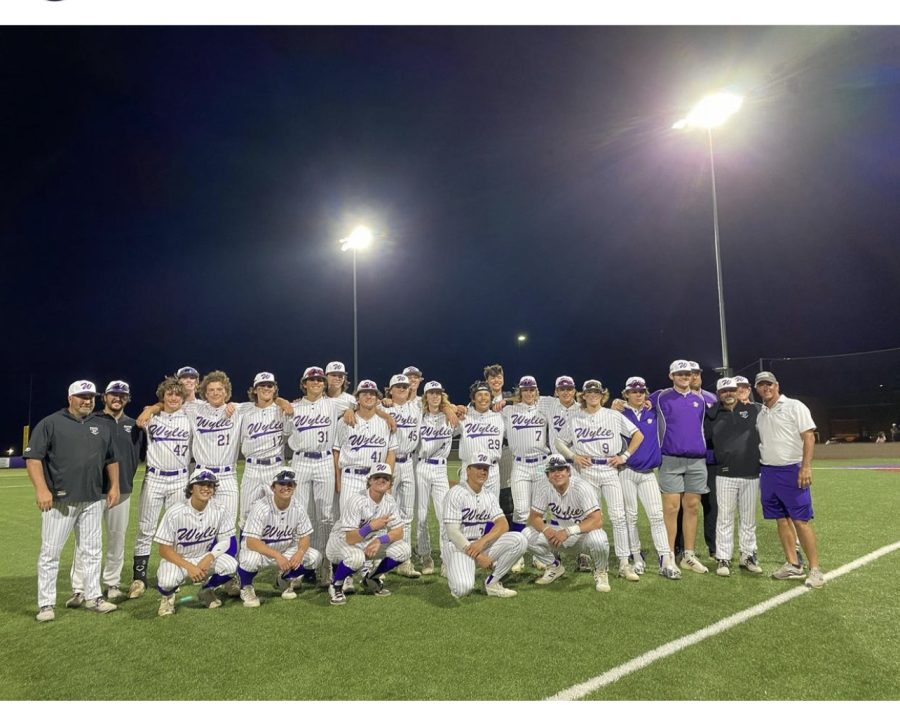 For several years, Wylie’s baseball team has proven to be successful against tough opponents. Wylie has gone to the playoffs year after year and even tagged on two state titles back to back in 2016 and 17 which made them the first team to do so in 25 years. The boys have a history of success and the 21-22 spring season has shown to be no different. As Wylie enters their post season playoff run with a record of 21-5 finishing second in their district, fans are excited to see the team take on more tough opponents in exciting battles.

Throughout an incredible regular season, the Bulldogs piled up numerous victories which led to them soundly defeating Plainview baseball back to back in round 1 of the playoffs, and the fun has just begun. This Friday, the Dogs will travel to Fort Stockton to take on El Dorado that night as well as Saturday morning in the battle for area champs.

Coming on a great 20-21 season in which the Bulldogs went to the fourth round of the playoffs, the intent this year and for years to come is much bigger. With numerous rising stars on the team including freshman, D1 commit, Tye Briscoe, the team undoubtedly has a bright future ahead of them. Fans and coaches know the team will continue to carry on the tradition of winning.