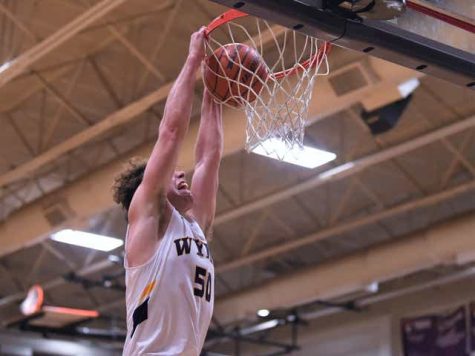 With football season over, Wylie’s student athletes have a new goal in sight. That’s right, basketball season has finally arrived! As the team heads into their 12th non-district game of the season, fans and players are very excited to see where this season will lead us.

After last season, the team had a couple key losses. Graduating seniors, Noah Phillips and Jahzair George were huge assets to the team last year. However, the team did keep returning, starting center Avery Brekke. Avery is listed as a 6’7″ 220lb Center and is extremely hard in the paint. Avery is a strong rebounder and also puts up a high number of points as he leads the team in points. Another returner the team is grateful for is 6’0″ 160lb Shooting Guard Kazion Brown who is only a junior. Kazion has good ball skills and leads the team in 3-point percentage this season. He is definitely a player you won’t want to leave open.

In addition to Wylie’s returners, the team has also acquired a lot of young talent this year. The team has two starting sophomores. One of them is Martin Marshall; he is the team’s guard. He has great court awareness and also has had multiple double-digit games this season. Derrick Evans is the other sophomore on the team. He is listed at 6’4″ 160lb, and he plays power forward. He alongside Avery lead the team in scoring and rebounding and make for an overall unbreakable duo. Not only are there two starting sophomores this year but there is also starting freshman point guard Isaiah Carillo. Isaiah is 5’10” and has great ball skills as well as good court vision. However, Isaiah is a dual threat player as well. His quick feet make him nearly impossible to get past when he is guarding you. Trying to get around the young player often results in a turnover.

Overall, the energy brought during basketball season is unmatched. The team loves to play, the fans love to watch, and the students of course bring the energy. That being said, the school is hoping to have another successful season this year as well as a return to the playoffs, and with all the young talent, hopefully the teams success will continue for years to come.