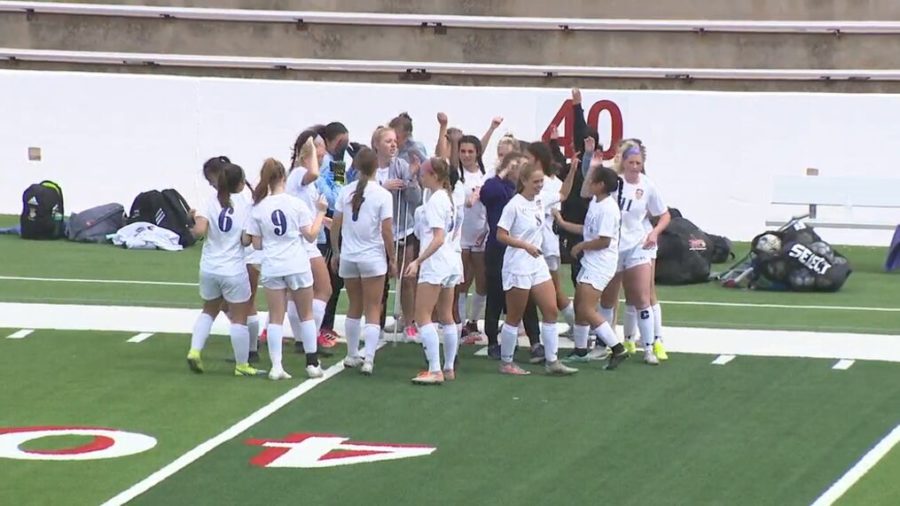 After a shaky start to their season, the Wylie girls’ soccer team shocked many by not losing any of their last six games and making it all the way to the regional quarterfinals.

Before the season even started, the Lady Bulldogs were very confident going into the season. The team had an astounding eleven seniors returning to play, which meant that the team would have a lot of experience. Senior Emma Bright said that this had a large role to play in the team’s success. “Having so many seniors on the team has allowed us to work really well with each other,” she said. “It created a real family bond on the team because we are all friends, not just teammates.”

However, the team struggled to bring things together during the first part of their season. In their first ten games, the Lady Bulldogs won only two games, a discouraging start to say the least. Despite the 2-4-4 record, the team never got discouraged. They went to work, practicing in the freezing cold and the blistering heat of the temperamental Texas spring. The hard work began to pay off, and the Dawgs soon began to win more and more games. At the end of the regular season, the team was sitting at third in their district which earned them a playoff spot. While many thought this could possibly be the end of the season for the Lady Bulldogs, the team was only just starting to hit their stride.

In the first round of the playoffs, the Lady Bulldogs faced off against the Randall Raiders, a team that boasted an impressive 70% win percentage. Despite this, the Dawgs won their first playoff game of the season after a close 1-0 game. Just four days later, the Bulldogs faced off against the El Paso Tigers, which was yet another team with a better all-around record. Despite this, The Dawgs cruised to a 2-0 win to move on to area, an impressive feat considering the struggles that the team first encountered. After celebrating their victory, the team focused on their upcoming match against Lubbock Monterey, a team which had already beaten Wylie in the regular season. However, the Bulldogs stunned the Plainsmen in a 1-0 upset, which meant that the girls had earned the title of regional champions. Although they lost the next game against Grapevine, senior Emma Bright said the experience of the playoffs was unforgettable. “It was really cool to experience it all together, and having one last ride with the seniors was really nice,” she said. “It was really nice to end on a good note.”

Although they faced a difficult start to their season, the Wylie Lady Bulldogs came together to have a truly remarkable season that will be remembered for years and years.