The Paw Print • May 16, 2019 • https://wyliepawprint.net/2547/uncategorized/class-officers-plan-an-enchanting-prom/ 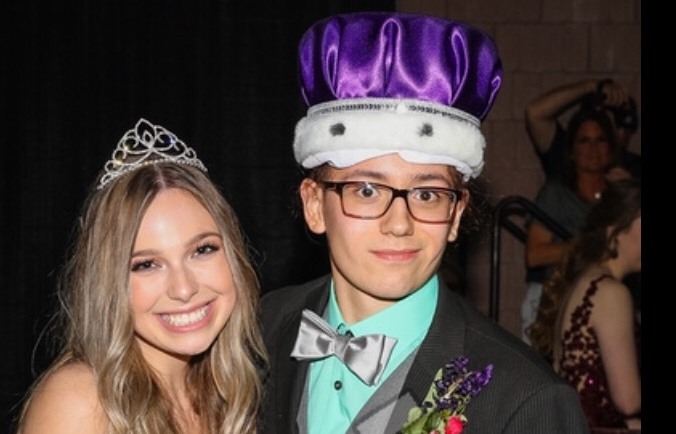 Throughout the year,  the Junior Class Officers have many duties. One of the largest undertakings given to them is planning the Junior & Senior Prom. Two weeks after Prom, the parents and officers are finally done wrapping up with financials and storing decorations.

The Junior Class President is Grant Robinson, and the Vice President is Haylee Batey. Together, along with the other members of office, and their parents, they took on a massive task. The theme of the prom was “Enchanted Forest,” and it truly was a night of enchantment. There were fairy lights strung wall to wall and greenery dispersed throughout the room. The beautiful ballgowns and dashing tuxes only added to the effect.

During Prom, there were many festivities. The moment a couple walks in, they are announced; then they quickly pose for a picture before they walk in to enjoy the rest of prom. There is always food- often times catered in or home cooked. This year there was a massive chocolate fountain and an assortment of fruit. Another fun activity was the photo booth (which was a huge success). Students took turns swapping out positions and props for the booth in between each dance!

The main event of prom (other than the dancing) were the awards. This year’s winners are:

Most Likely to Succeed- Bennett Schackmuth

Most Likely to be on Broadway- Kathlyn Messer

Most Likely to Carry a Calculator- Aaron Ramos

Most Likely to be President-John Luke Dempsey

After the dancing dies down and the lights are turned off, the class officers still have one more job. They have to finish tracking and paying off the last expenses and profits. This task is a bit more painstaking than people think. They have to take down and store all decorations, work with the photographer to get pictures online, deal with all of the uneaten food, and finish handling all finances.

From the first day of planning to the last clean up, the Junior Class Student Officers have shown commendable responsibility. They have worked so hard often putting others’ enjoyment before their own. All that work paid off with an amazing Prom.